How to Ride BART

Catching a ride on a Bart train is a confusing and mysterious process, vaguely described on the Bart website but mostly left up to erstwhile riders to figure out. Eventually, even the dumbest person can figure it out by observing fellow passengers, but Bart sure doesn’t make it easy.

Since I am now a Bart-riding expert, I can make it easy for you. Here, for weary travellers, are clear and definitive instructions for how to ride Bart.

Step 1. Figure out which station to use.

Bart has 44 stations throughout the Bay Area. Pick the one closest to you. HINT: If you plan to live in the Bay, it is VITAL to be near a Bart station or other mass transit line. We have several here (BART, Muni, AC Transit, etc.).

You may be able to park your car at the Bart station closest to you. Some stations have free parking while others charge up to $2 a day. If not, you may be able to find free street parking near your Bart station (if you leave early in the day). Or you may just be screwed and have to struggle to find parking every day…depends on the station. Biking is a popular option.

This link will help you find your closest Bart station:

Here’s a map that shows the Bart lines and all the stations: 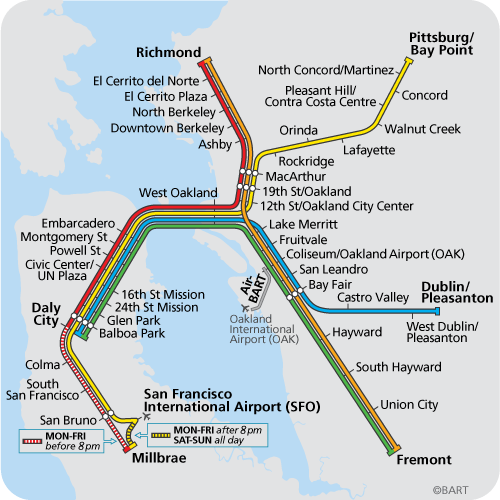 How to read this map.

The map above shows the route of each Bart “line.” The lines aren’t referred to by their color on the map, but rather by the name of their FINAL destination. For example, the Fremont line is the train that ends in Fremont.

Don’t worry: Even if you get on the wrong train, you can exit and get on the right one. Don’t panic! It’ll just take you a little longer to get where you’re going. After you’ve done it a few times, you won’t forget which train you should get on!

Step 2. What is your destination and what time are you travelling?

In the beginning I was always going to an awesome website, http://511.org/, to figure out my schedule. You enter your starting and final destination, and it plans the whole trip and tells you what it will cost. Then you can make a neat printout of the details and off you go! You should bookmark it! It works for all Bay area transit systems.

Bart trains run on a fairly regularly schedule, so if you miss one, the next one will show up within about 20 minutes. There are three exceptions to this rule:

How much will it cost?, you ask.

Well, the cost of your ride will depend on the length of it. Bart basically looks at your ticket on the way in to the station and on the way out of the station, and calculates the cost. How much will it be? It will always be more than you expected, but less than the cost of driving and parking–and probably faster, which is why so many of us ride Bart despite the often unpleasant experience (described in this blog). My daily commute, is $4.60 each  way, for a total of $9.20 a day.

There are two types of Bart tickets:

How to Buy and Use a Ticket at the Station

TBD. I’ve never done this, but it requires using an automated machine that no one can ever figure out without asking the station attendant, that unusually harried person who is safely trapped behind bullet-proof glass walls in the center of the station. Helpful, right.

How to Buy and Use a Clipper Card

A Clipper card is a blue plastic card that looks and acts like a credit card. You can use it to ride any of the many Bay Area mass transit options, which is a huge bonus. 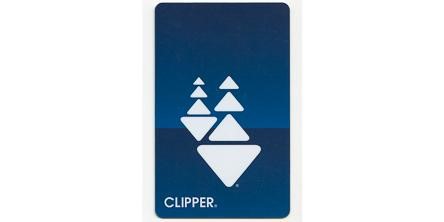 Go to your local Walgreen’s and ask for a Clipper Card. It costs $5.00 up front. Then go online and register your Clipper card at https://www.clippercard.com/‎. Now comes the cool part… you can link a credit card to your Clipper card and ensure that the Clipper card always has a money value on it. Mine is set up to add $40 whenever my balance goes below $10. Clipper calls this the “Autoload” option.

Hang on to your clipper card! It can be used by anyone and is as good as money at Bart! If you loose it, report this immediately at clippercard.com.

If you don’t have a credit card or don’t want to bother/risk linking a credit card to your clipper card, you can also go back to the Walgreen’s and add specific amounts to your Clipper card whenever needed.

For my purposes, as a regular rider who doesn’t want to risk not having enough value on the Clipper card for my daily commute, having the linked Clipper card is a huge convenience and time saver!

Now that you have your awesome Clipper card, here’s what you do with it: 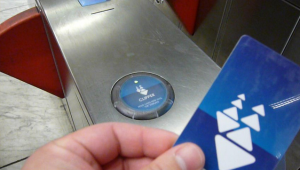 Hold it there until the turnstile beeps and the little orange gateway slides open.

In the station – which way do I go?

Again, Bart doesn’t make it easy. Every station has two places to get on the train. These places are called “platforms.” One platform is for trains coming, and the other is for trains leaving. The trick is figuring out which platform you need to be standing on. Are you coming or going?

The good news is that after you figure out which platform to be on, you’ll never forget it.

If by chance you happen to get on the wrong platform, and hence the wrong train, just get off at the next stop and cross over to the other platform. We’ve all done that, believe me.

The inside of a Bart station is a bit dirty despite the meager efforts of Bart staff to clean. How could it be otherwise? It’s a public area that thousands of people pass through every hour of the day.

It’s also a bit scary, given the fact that not everyone passes through…. some folks just hang around, sleep on the floor, stand in the corner begging. There is no law against loitering in public places.

Bart stations have numerous openings, exits and entrances, stairways and escalators going up and down. Signs hang everywhere indicating surface streets above, but it’s crowded and busy and it will probably take a few trips for you to figure out how to navigate your Bart station. For the first few weeks, I just followed the crowd. It always led outside.

Here’s how I get to the platform to go to work:

Once in the station, I use my clipper card to swipe through the turnstile. I turn left and walk up five flights of stairs – my morning stairmaster. There’s an escalator at the other end of the station and an elevator in the center of the station (almost always broken down), but I prefer the exercise. At the top, I’m on the platform where I wait for the train in a line with other folks. From car to platform is about a 8-10 minute walk. If I had to stop and buy a ticket, it would take about 5 minutes longer but since I use a Clipper card, I can just sail through the turnstile.

That’s it! Is it a hassle? You bet! But, it will get me to work in the cheapest, quickest way so, it’s worth it. Good luck on BART!

This entry was posted in Living in California, The Daily Bart. Bookmark the permalink.