It happened again this morning. I’ve seen it 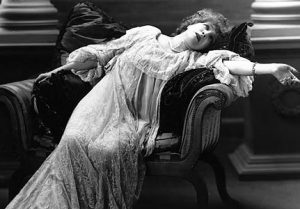 happen a few times now. It’s almost happened to me, but I’ve learned to control it.

So it’s cold this morning, 40 degrees, really cold for this part of California. Everybody bundles up in their winter gear–hats, gloves, scarves–because it’s cold on the platform, waiting for the train. Shivering when mild winds blow, hands stuffed deep into pockets, zippers pulled up to the chin.

Finally, the train approaches, around the curve, horn blowing. I can always tell who the conductor is by the horn toot they use. I don’t know the conductor personally but each one has a distinctive toot pattern. Today it’s “toot toot ta-toot toot…toot toot.”

The train pulls, up, doors slide open, and all us shivering passengers crowd into the train, where–of course, it’s warm. It’s really warm because, of course, the heat is blasting, the kind conductor warming the chilly patrons because it’s cold outside.

Soon, I’m shedding my scarf, then my gloves. More people board the train, the heat is still blasting. At each stop more people are forced to stand crowded together, bunched up in their winter gear.

And suddenly, it’s hot. Really hot. The heat is still blasting and now we have the warmth of a hundred, winter-clothed passengers raising the temperature. It’s hot, there’s nowhere to move in the throng, and it’s getting hard to breathe.

I’ve learned to shed all the clothes I can and take deep regular breaths. Staring out the window at the passing horizon, I focus on my breathing, slowing it down, and shifting my weight from foot to foot if I get woozy.

This morning, I’m crammed against the rear doors of the car, leaning against the cool glass, away from the bulk of the crowd around the main doors. I’ll never understand why people congregate there, as if there was no where else to stand. They hover around the entrance even if they’re riding for miles, blatantly blocking incoming and exiting traffic, slowing down the whole train, and adding to the cluster of hot breathing humanity.

Suddenly, someone from the throng yells out “Help!! Someone call 911. Someone help!” People are shifting uneasily in the throng but I can’t see what’s happening. However, since I am standing at the rear door, next to the little box with the red button that allows you to contact the conductor in an emergency, heads are turning towards me and one man gestures to the box.

I snap out of my drowsy, heated meditation and punch the red button. “Hello?” I say to the box, not sure if it works.

“Help!” the lady is still yelling insistently. “Someone call 911, please!”

Again I punch the button, “Uh, there’s an emergency in car…” a quick glance at the tag right above the red button that lists the car ID number, “…1264. We need 911.” I repeat what I’ve heard but I don’t really know what’s going on. I suspect it’s the vapors, given the hot stifling atmosphere inside the train.

From the box on the wall comes a faint, screechy female voice: “Is it a medical emergency.”

“Yes,” I say. Then I ask another passenger: “Did someone faint?” Just then, the train pulls into a stop and the doors open. Several riders exit and I see they are half-carrying a woman off to the platform.

“Is it a man?” comes back the screechy voice in the wall.

“No, they’re helping her off the train,” I answer.

“Hold on.” That’s the last I hear from the conductor.

For several minutes the train sits at the platform, as a well-clothed woman lies outside. A couple of riders opt to stay with her until help can arrive, and the train pulls away, keeping on schedule.

“Just got too hot,” I say to the passengers around me and heads nod in knowing agreement.

They used to call it “the vapors.” I hope that’s all that was wrong with the poor lady. Woman are prone to the vapors for some reason, especially in the southern US where I’m from,  where it’s frequently too hot to breathe. How I remember sitting in Sunday church service while ladies all around me , dressed in their tight Sunday finest, furiously fanned at the hot humid air with wide paper fans of all colors and shapes (a church bulletin would do just fine), wiping perspiration from their faces and necks with pretty lace handkerchiefs. In the 19th century, fashionable women wore corsets, which further constricted their breathing and increased the chances of the vapors.

Like I said, this isn’t the first time I’ve watched some hot, over-dressed woman fall out on the Bart train. Sometimes, I find myself working hard to avoid an attack of the vapors. It’s just as likely to happen in the summer if they neglect to turn on the air conditioning or if it’s broken (another common occurrence).

Regardless, beware the vapors if you’re riding Bart especially if it’s crowded and hot. Move away from the stupid throng and get some breathing space around you. Go ahead and sneak that drink of water if you have to, even tho drinking on the train’s not allowed. It’s better than passing out!

This entry was posted in The Daily Bart. Bookmark the permalink.