I’m leaving California. Six years after this journey began, my California adventure is coming to a close. I came, I saw, I conquered. And now I’m leaving for reasons I’ll explain below.

I’ve seen so many wonderful things in six years, and still there is so much more to see in this great state. California is truly its own continent, a state of mind, the vast western coast of America. I’ve loved the liberalism, the way people actively participate in democracy. I’ve been here through a tumultuous time and yet a glorious time. It was wonderful to feel like I had found a place where I wasn’t judged, where I almost fit in. I found so many opportunities to broaden my spirituality, my thinking, my personal growth. I leave with much more than I came.

So why am I leaving? It’s complicated.

This area has changed a lot since I came. One year after I arrived, the real estate market started to rebound, and rents doubled and tripled. Home prices began to shoot up quickly. I jumped in and bought a home in a questionable neighborhood, while I could still afford it. People began moving to San Francisco in droves, not unlike the Gold Rush of 1849. And it’s predicted to get worse. Suddenly, there were more things I didn’t like about the Bay area, than I liked.

I’m not alone in this. Many people are packing up, giving up, and leaving for a better quality of life.

It’s been fun (mostly), but my California adventure is over. Next up? My Arizona adventure. 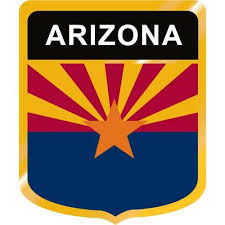 This entry was posted in Living in Arizona, Living in California. Bookmark the permalink.